Drive Fore the Cure is a Swinging Success in Washington 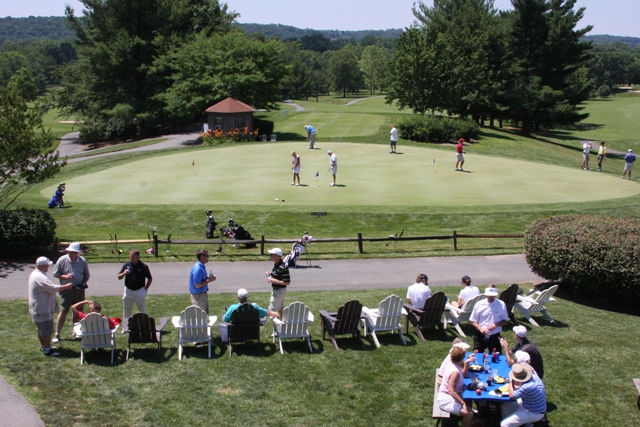 Four Seasons Hotel Washington, DC actively supports Four Seasons Hotel and Resorts mission to find a cure for cancer. Each year, the hotel hosts two events, Drive Four the Cure and Sprint Four the Cure, to raise money for the Washington Cancer Institute at MedStar Washington Hospital Center. Washington, DC has one of the highest cancer mortality rates in the country and Washington Cancer Institute is the busiest cancer center in the nation’s capital, diagnosing approximately 2,400 new cancer cases each year.

This year marks the 15th anniversary of Drive Fore the Cure golf classic where golf novices and experts gather for a day of friendly competition and prizes. The tournament will take place on Monday, June 22, 2015 at TPC Potomac at Avenel Farm in Potomac, Maryland. Registration will begin at 8:30 a.m. followed by a shotgun start at 10:00 a.m. and conclude with a cocktail reception and awards ceremony. Prizes for the top three foursomes and both male and female closest to the pin and longest drive will be awarded.

On Saturday, September 19, 2015 the hotel will host the 35th annual Sprint Four the Cure where Four Seasons guests, staff, friends, and family come together for a family-friendly 5k chipped run/walk along the Potomac parkway. The race starts at 8:00 am and also includes a kids’ 100-yard dash, vendors, door prizes, raffles, and a hot breakfast. Prizes are awarded to the top three running times for both men and women as well as the first place finisher in the following age categories: 13 and under, 14-19, 20-29, 30-39, 40-49, 50-59, 60-69, and 70-99. These two annual events are near and dear to the hearts of all Four Seasons Hotel Washington, DC employees and the tremendous fundraising results are due to the support of the generous donors.